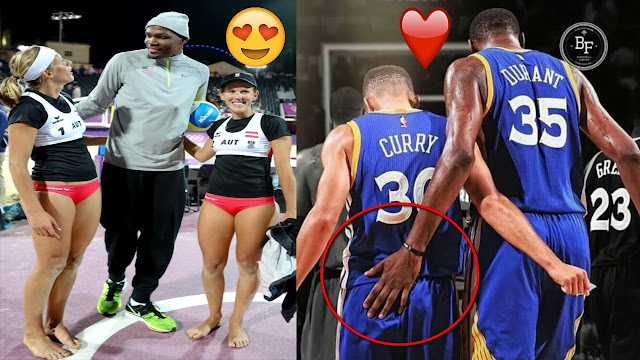 Here are the Top 10 things you didn’t know about Kevin Durant!.
#10. Durant was born on September 29, 1988, in Washington, D.C. to Wanda and Wayne Pratt.
#9. He and his siblings grew up in Prince George’s country, Maryland, on the outskirts of Washington, D.C.
#8. Durant played Amateur Athletic Union (AAU) basketball for several teams in the Maryland area and he was teammates with future NBA player Michael Beasley, Greives Vasquez, and Ty Lawson, the former of whom Durant remains friends with to this day.
#7. After playing two years of High School basketball at National Christian Academy and one year at Oak Hill Academy, he transferred to Montrose Christian School for his senior year. Prior to the start of the season, he committed to the University of Texas. At the conclusion of the year,
#6. For the 2006-2007 college season, Durant averaged 25.8 points, 11.1 rebounds, and 1.3 assists per game for the Texas Longhorns.
#5.He was recognized as the unanimous national player of the year and he won the John R. Wooden Award. He also won the Naismith College Player of the Year Award.
#4. Durant has endorsement deals with Nike, Sprint, Gatorade, Panini, General Electric and 2k Sports.
#3. In 2017, he became involved with YouTube.
#2. Durant describes himself as a “high school kid” and he enjoys playing video games in his spare time. He is very close with his mother and he is a Christian.
#1.Throughout his career, he has participated in many philanthropic causes.
FacebookTweetPin